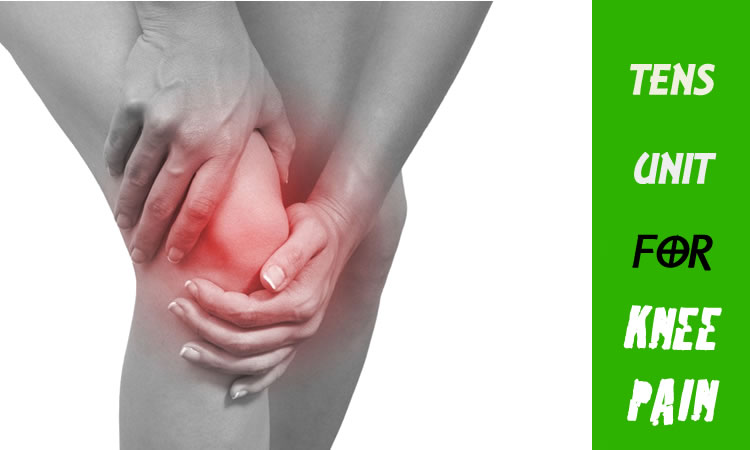 This article will discuss tens units and Electrical Stimulation for knee pain. There are many different reasons you may have knee pain, including injury, bursitis, and tendonitis (Jumper's Knee), but we will focus primarily on osteoarthritis.

Exercise is thought to help those individuals who are suffering from osteoarthritis. If, however, you don’t have the time to exercise or you are concerned that the condition will actually become worse, an alternative solution may be electrical stimulation. Certain studies have indicated that electrical stimulation can strengthen muscles and relieve pain.

One specific study centered around 34 individuals who were diagnosed with symptomatic knee osteoarthritis. Every person in the study was given standard arthritis education, but some were given NMES and others were not.

Three days a week those in the NMES group would receive electrical muscle stimulator treatments. This was designed to train and strengthen the quidricap. The intensity of isometric contraction was slowly increased over a period of 12 weeks.

Those in the NMES group did better in 120 degree QF peak torque and the chair rise time, but both groups had the same improvement in walk time, and neither group experienced a difference in pain severity.

The conclusion of the study was that NMES could help those suffering from arthritis to strengthen their quadriceps femoris without making other symptoms worse.

In this study sixty-three individuals with osteoarthritis in the knee were assigned to one of two different groups. One involved exercise only, while the other focused on exercise in addition to NMES.

Those who were receiving NMES treatment experienced a reduction in knee pain directly after their treatment session. There was no difference between the two groups during maintenance of the positive post-treatment effects.

Other Kinds of Electrical Stimulation

Aside from NMES the other types of electrical stimulation were:

The ultimate conclusion when comparing these different types of electrical stimulation was that IFC would be more effective in treating knee pain. NMES, PES, NIN, and I-TENS were not considered to be appropriate for treating this issue but it was also concluded that some types would not cause any further harm. There was some degree of uncertainty regarding h-TENS, however.

In another study it was found that you may experience a decrease in pain after total knee replacement with the use of a TENS machine.

Evidence has also been collected indicating that electrical stimulation could delay total knee replacement in addition to strengthening the muscles and easing pain.

One clinical study was conducted at 23 different centers around the country. The study involved 157 men and women suffering from knee osteoarthritis and for six to ten hours each participant would wear an FDA-approved electrical stimulation device. This took place on a daily basis.

There was also a control group of 101 participants who were not treated with the device. Out of those who used the electrical stimulation device, 62 percent were able to postpone replacement of their knee joint for four years.

This YouTube video is a great instructional tool if you want to learn more about how to use a tens unit for knee pain, and I highly suggest giving it a watch.

Remember that you should never place an electrode directly over any joint, including ankles, knees, and elbows, because movement affects the pad placement. It is also important to understand that the inside of these joints are extremely sensitive to electrical impulses.

Devices to Use for Knee Pain

This state of the art electrotherapy treatment device includes 5 velcro backed electrodes, a durable wrap, lead wires, full instructions, and 60g bottle of conductive gel. The device works by suppressing interleukin-1 (IL-1) which is how it reduces inflammation, swelling, and pain.

It is suggested that you use the Acuknee Knee Pain Treatment System if you have mild to moderate pain, but some experiencing extreme pain have claimed the device worked for them. Reviews claim that the wrap is sufficient at holding the electrodes in place. The major downside to this tens unit is the price, which is quite expensive. To me it still looks like one of the best tens units for knee pain.

This is a very affordable option for those who don’t want to spend a lot of money. This product if FDA approved for relief of chronic pain which has been linked to arthritis. It works by blocking the body’s pain signals through electrical pulses. This unit claims to offer the same kind of TENS relief you receive in physical therapy.

The Smart relief Tens Therapy knee and shoulder Kit offers 63 intensity levels and comes with the user guide, reusable electrode pad, a 3V battery, and the control unit. There are no wires, setup, or prescriptions. Some people have complained that the pads don’t stick well and the device makes it difficult to move, so you probably can’t venture out of the house.

This device is suggested for knee injuries and arthritis and claims that it can improve your orthopedic health. It is another affordable electrotherapy machine. Electrical pulses are sent from the brace into the knee and this causes the muscles to contract and relax.

This looks like a good way to use tens therapy for knee pain. Amazon doesn’t have a lot of feedback on this device yet but so far reviews seem to be estimable. For more TENS device reviews go to this page where you will find comparisons of different units.